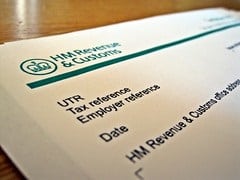 Fed up with working for “the man”, my client had decided to give up his employed position as a drainage engineer and set up his own company, doing exactly the same thing but on his own terms.  Having successfully set up his limited company, he applied for and obtained a franchise to provide his specialist service on behalf of a well-known national drainage company.  For four years, he traded successfully, turning a decent profit and was able to purchase two further franchises from the same company.  As such, he grew his company, slowly and steadily and demonstrated that he was right to go out on his own in the first place.

Then the problems started.  The franchise holder decided to branch out into the world of plumbing repairs and expected all of their franchise holders to offer this additional service.  To make matters worse, the plumbing service would have to be offered at such a “competitive” fixed price per job, it was almost impossible for my client’s business to turn a profit in this new line of work.  So this move, which had been imposed upon him and required him to scale up his business and workforce, also drove down his profit margin.

Within a year, my client’s business was struggling to survive and soon fell into arrears with its VAT payments.

Already struggling to continue trading and to meet wage obligations, there was little chance of my client finding this sum to keep HMRC happy.  So he sought the advice of his accountant.  Should he continue to trade?  Well, yes, how else could he earn back the sums due to HMRC?  Should he continue to charge VAT on his supplies?  Of course, he should, he’d be committing an offence if he didn’t.

The only problem with this advice was that, he would be committing an offence simply by continuing to trade without having paid the required Security.

A Way Out of Trouble?

My client decided that he would have to sell one of his franchises to raise the capital necessary to fend off HMRC.  A sale was agreed but then delayed.

My client wrote to HMRC asking for time to pay.  Instead, HMRC sent officers from their criminal investigation team to interview him under caution.  Had he received the Notice to pay the Security? Yes.  Had he continued to trade without having paid the Security?  Well, yes, but only because he was trying to get his head back above water and because he needed to be able to sell a successful franchise.

The sale of the franchise subsequently fell through.

The well-known nationwide franchisor declared my client’s company to be in breach of contract, because of the VAT arrears, and so they terminated his franchise agreements.  My client’s company was left unable to trade.

My client and his company received requisitions to attend the Magistrates’ Court for committing the criminal offence of continuing to trade without having provided the required Security to HMRC.

My client had admitted the offence during interview.  He had little choice in this regard.

Guilty pleas were entered in court.

The offences committed by my client, as a Director of the company, and the company itself, carry maximum fines of £20,000 per taxable supply made after the Security fell due.

This is the point at which my client sought my assistance.

Together we worked through the history of his business and the context within which he had fallen into financial difficulties.  Documents were collated which demonstrated the financial picture, in respect of both the business and the individual.

The case was presented to the Magistrates in a simple but thorough manner, designed to highlight the extent to which circumstances had conspired against my client.  He had not set out to defraud anyone.  He hadn’t set out to enrich himself at the expense of the tax payer.  He had tried to fight his way out of trouble and he had failed.  The arrears remained and now he had a criminal conviction to boot.

Thankfully, the court took an understanding view of the case and imposed a modest fine on my client.  No financial penalty was raised against the company although a compensation order was imposed to the extent of the outstanding VAT (a debt which would have continued to exist in any event).

This client came to me at the eleventh hour but, even in these circumstances, and by taking a common sense approach, we were able to prepare the case for hearing and marshal the arguments so as to limit the financial damage significantly.

Most business people would quite wisely turn to their accountants for advice in relation to matters of tax.  However, even with the very best advice, things do sometimes go wrong.  And it’s when things go wrong that having a specialist criminal defence lawyer can be invaluable.  We can seek to negotiate with the investigating agency (in this case HMRC) in an effort to stave off court action and, if a criminal prosecution does become inevitable, we can provide advice regarding the defences available or we can help you to limit the damage.

Nobody expects to need a criminal defence lawyer, until they do. 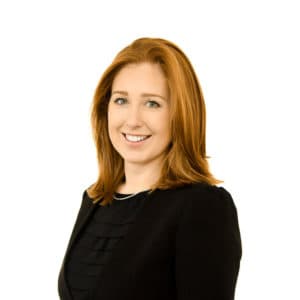 If your company has received a “Notice of Requirement and VAT Security” which you consider to be unfair or disproportionate, contact Rod Hayler or Camilla Rents from our Tax and HMRC Investigations Team for advice regarding the appeal process.

If your company has failed to provide the required security and you have received a Postal Requisition to attend the Magistrates’ Court, we can assist you to prepare your defence or to advance mitigation before the court in order to reduce any potential financial penalty.